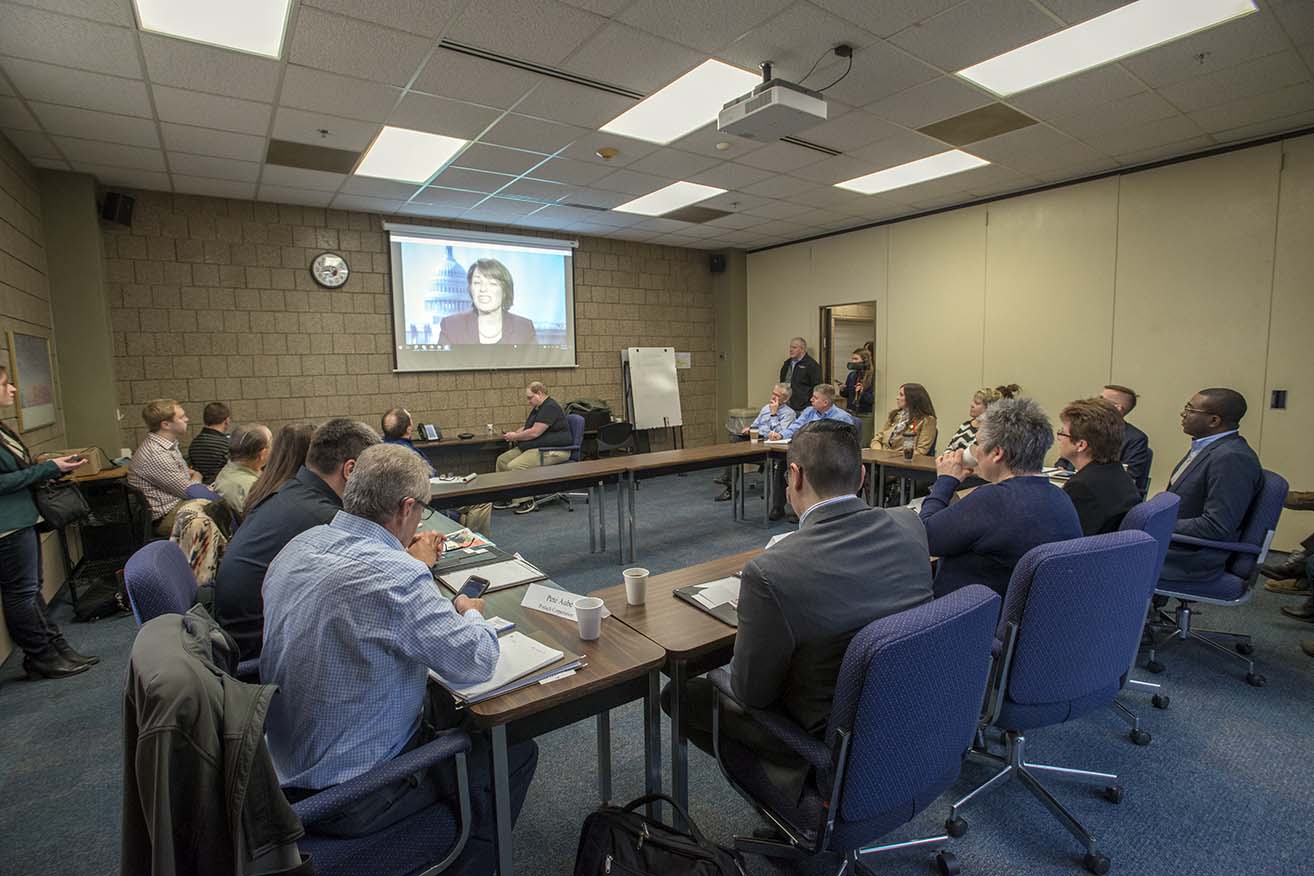 Northwest Technical College President Dr. Faith Hensrud joined a discussion at the college on Wednesday, March 29, concerning the role of apprenticeships as a path into high-demand, high-wage jobs in manufacturing and other fields.

Educators, industry executives and economic development officials were invited to NTC by U.S. Sen. Amy Klobuchar, D-Minn., who is pushing for more federal support to prepare highly skilled workers to meet needs in Minnesota and elsewhere.

“Right now we have businesses that need workers; we have workers that need jobs,” Klobuchar said in a video that opened the 8:30 a.m. meeting. She was in Washington, D.C., and could not attend the meeting in Bemidji, one of several held this week across the state.

“But oftentimes the skills just don’t match up with the jobs available,” Klobuchar said on the six-minute video. “That’s particularly true with some of the employment issues in our rural area, and we want to keep our jobs strong in rural Minnesota.”

In addition, Klobuchar said she is joining with U.S. Sen. Al Franken, D-Minn., and U.S. Rep. Rick Nolan, D-Duluth, to assist unemployed workers and their families as they seek training and education needed to rejoin the workforce.

Hensrud, who is also president of Bemidji State University, said that while mentored apprenticeships like those common in Germany can teach workers new skills in the workplace, they may miss so-called “soft skills” such as communication, teamwork and responsibility. Those skills can be developed in the classroom, she said.

In addition, Hensrud said, colleges like NTC can combine general education with “wraparound” credit that complements an apprenticeship and gives workers a diploma or other credential that they will benefit them throughout their career.

“For the technical college and the university not to be at the center of this effort would be a disservice, I think, to our region,” Hensrud said. “That’s who we’re here to serve.”

Echoing the important role of NTC and BSU in meeting regional workforce needs, Bemidji public schools Supt. Jim Hess said the district’s Career Academies program, which began this school year, is designed to put students on a pathway that includes some form of post-secondary education.

“We don’t want to have a brain drain,” Hess said. “We want to keep our best and brightest right here, and that’s why we’re working with these partnerships – so we create opportunities for kids.”